The Story of Ruby Bridges

What is prejudice? First-grader Ruby Bridges' biography shows us a solution to racism and prejudice. Here is the story of Ruby Bridges... 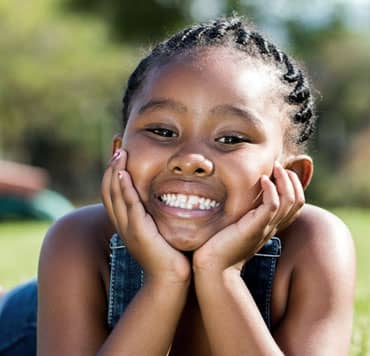 The dad was replaced by a farm machine so he moved to the city and became a janitor. The mom scrubbed the floors of a bank at night after she had tucked her three kids into bed. Little did anyone know that one of those kids would someday be embroiled in one of the greatest controversies ever to move the heart of a nation.

Ruby Bridges was just six years old when in 1960 she stood before a judge who ordered her to go to first grade in the William Franz Elementary School. No black child had ever before stepped foot upon the hallowed white ground.

Every Sunday, her family went to church. Ruby's mother wanted all her children to start feeling close to God's Spirit from the very start. Now, the whole family was praying for strength and courage to get through any 'trouble' as a result of the desegregation ruling. Both her parents were proud that their little daughter had been chosen for such an important event in American history. So, they prayed that she would be a good girl and hold her head up high. They also prayed that Ruby would be a credit to her own people as well as a credit to all the American people.

Federal marshals had to be ordered in by President Dwight D. Eisenhower to escort Ruby into the school building. The New Orleans police as well as the Louisiana police refused their services. Large crowds of angry white people gathered every day outside the school grounds to hurl their epitaphs and threats of physical violence toward Ruby. The marshals carried guns just in case and often threatened arrests to keep the marching crowds back. Ruby would always hurry through them all without saying a word.

Once inside, she took her seat at her desk among a room full of other desks all vacant. None of the white parents would send their children to the school. They all participated in the protest, whether yelling and carrying signs or in the chilly, silent protest of empty desks. No one to learn with. No one to eat with. No one to play with. No one.

However, Ruby had a teacher required by law, Mrs. Henry. She was always dumbfounded by Ruby's politeness and the effectual smile on her face. Wondering how Ruby could keep on going with such a relaxed and hopeful spirit, the teacher speculated when Ruby would wear down or even quit coming altogether. But Ruby said she was doing fine. And so Ruby learned how to read and how to write in an empty classroom in an empty building.

Then one morning, Mrs. Henry noticed Ruby walking toward the school as usual but then she stopped, turned toward the angry, howling crowd and seemed to even be trying to speak to them. The crowd seemed ready to pounce on her while the marshals tried in vain to keep Ruby moving. Finally, she stopped talking and walked into the school.

Mrs. Henry immediately asked Ruby what happened; why did she try and talk to such a belligerent crowd. Ruby irritatingly responded that she didn't stop to talk with them.

"Ruby, I saw you talking," Mrs. Henry pressed. "I saw your lips moving."

Evidently, Ruby had stopped every morning a few blocks away from the school to pray for the people who hated her. But on this morning she had forgotten until she was already in the middle of the malevolent mob.

After school that day, Ruby bolted through the crowd as usual and headed for home with her two companion federal marshals. After a few blocks and with the crowds behind her, she paused as she usually did to say the prayer that she had repeated not once but twice a day -- before and after school:

Please God, try to forgive these people.
Because even if they say those bad things,
They don't know what they're doing.
So You could forgive them,
Just like You did those folks a long time ago
When they said terrible things about You.

Later on that year, two white boys joined with Ruby at the school. As expected, the mob became very upset upon first seeing them. However, those two boys were soon followed by other children. The following school year the mobs gave up their struggle to scare off Ruby or to defeat the judge's order. Ruby finished Franz Elementary and went on to graduate from high school.

Ruby's mother looked back on this time as an answer to her simple prayers: "Our Ruby taught us all a lot. She became someone who helped change the country. She was a part of history, just like generals and presidents are part of history. They are leaders, and so was Ruby. She led us away from hate, and she led us nearer to knowing each other, the white folks and the black folks."

Adapted from a children's book by Robert Coles (illustrated by George Ford) entitled 'The Story of Ruby Bridges.'