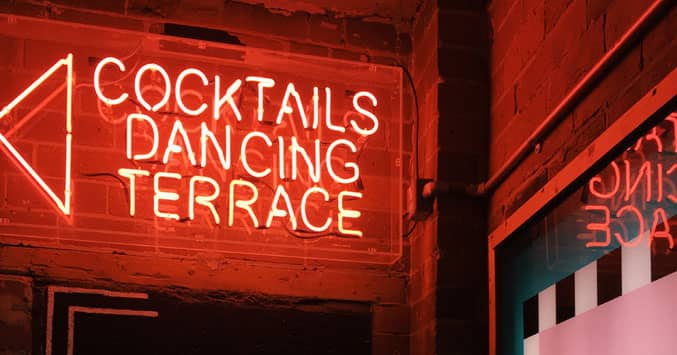 My Life Ended in a Nightclub

My life ended in a nightclub. But let me go back to what happened in the beginning.

We live in a Middle Eastern country, raised Muslim. My mother was the first one who became a Christian in the family and it created a real mess. Her father threatened to kill her because she changed her religion.

She replied, “I will not do anything against you, but I know God will do something.”

That evening she was in a worship meeting in the church. Secretly, her father came to that church with a plan to hurt that Pastor.

As her father was waiting near the door of the church, he started to listen to what these crazy people are saying. And while listening, God touched his heart.

After the meeting, he came up to her and asked, “When are you going to get baptized?”

She told him. He said, “Ok, put my name in also.” And my mother and my grandfather got baptized on the same day.

All of my brothers and my sister came to believe in Christ. I became the black sheep in the family. I was very skeptical, asking myself, “Why is Christianity right?”

I decided first of all I would dedicate myself more intently, more faithfully to practicing Islam. I did this for more than three years. All the prayers, all the requirements.

I still did not find what I was looking for, so with help from some of my friends, they taught me how to take drugs.

I became addicted to drugs and I did find some happiness in them. But I was still struggling. So, I started to drink. But the inner conflict, angst, emptiness wouldn’t leave me. I still had no happiness. Nothing was changing in my life.

But I did not find the truth in Christianity or in Islam.

I’m a musician and love music. One day a friend of mine took me to the nightclub which was the biggest nightclub in Jordan and he said, ”You will enjoy your life here.” When I went there, I thought, “WOW...this is Paradise...this is heaven...this is heaven.”

I worked there as a musician for many years. And I became more and more aware that even people who have big money, they are not happy.

So now what would I do? I was struggling in my life a lot. No happiness. I used to make lots of money, but money is not helping me. Christianity is not. Islam is not.

One day, someone I knew well came to me and he said to me, “Kamal, if you die and if I die, where do you think we would go? Where will you go?”

He would ask me every day. It was boring. I used to tell him, “Why are you asking me this?”

In that church, a person was reading from the Bible where Jesus said, “Because you are not cold and you are not hot, I’m going to spit you out of my mouth.” And that sounded just like me. I was a person like this, struggling between both, maybe believe in Jesus or not.

You know, I didn’t know what to do. I had no solutions.

When I went back to the nightclub that night something happened. Someone handed me a note that said my brother Ramzi was on his motorcycle and he died in an accident.

He is the same one who asked me that question, “If you die and if I die...” and I knew that evening that if I die today, I will go to hell.

This is what I did. While still at the nightclub, I said, “Okay God, I am ready to do something. Did you spit me out of your mouth? I am not sure. If you will accept me, I will serve you all of my life. If you say I’m a sinner, yes it’s true. More than that, I need you.”

And in that time something happened to me that I couldn’t explain. But now I can explain it …

The Holy Spirit filled my body, my heart. People were dancing in that nightclub and I was dancing near my desk. People thought that I was crazy. I was so amazed that Jesus would accept me.

I resigned that evening from the nightclub, and I said, “Who am I going to tell first?”

It was 7 a.m. when I left that nightclub and when I entered my home, my grandmother who was in her eighties with very weak vision was sitting on the other side of the room. When she saw me come in she said, “Come, boy. Come, boy, come and sit here.” I said, “Why?” She said, “Come and sit here.” I said, “What do you want?” She said, “You became a Christian.”

That touched my heart and my mother’s heart. It brought a lot of joy that I was lost and now I’m Christian.

I did not know that Jesus goes to nightclubs, but that’s where we met and I gave him my life, something I have never regretted. Jesus was telling the truth when he said, “I came that you might have life, and have it more abundantly.”1

If you would like to see reasons to believe in Jesus, please see Why Jesus is God.

For answers to the top 6 questions many Muslims have about Jesus, please see Jesus and Islam.