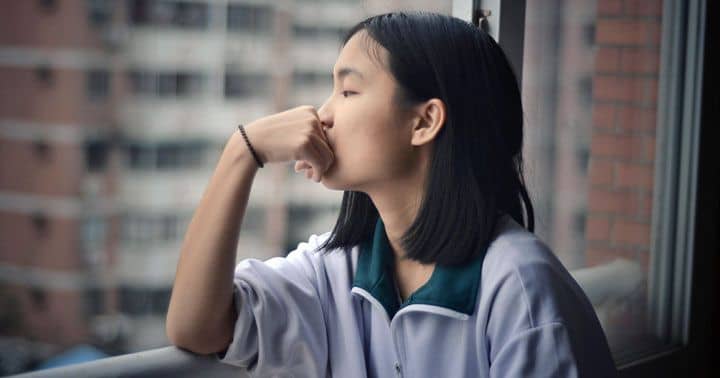 Was There Ever Nothing?

Let's say you have a large room. It's fully enclosed and is about the size of a football field. The room is locked, permanently, and has no doors or windows, and no holes in its walls.

Inside the room there is...nothing. Absolutely nothing. Not a particle of anything. No air at all. No dust at all. No light at all. It's a sealed room that's pitch black inside. Then what happens?

Well, let's say your goal is to get something -- anything at all -- into the room. But the rules are: you can't use anything from outside the room to do that. So what do you do?

Well, you think, what if I try to create a spark inside the room? Then the room would have light in it, even for just a moment. That would qualify as something. Yes, but you are outside the room. So that's not allowed.

But, you say, what if I could teleport something into the room, like in Star Trek? Again, that's not allowable, because you'd be using things from outside the room.

Well, you say, maybe a tiny particle of something will just show up inside the room if given enough time.

There's three problems with this theory. First, time by itself doesn't do anything. Things happen over time, but it's not time that makes them happen. For example, if you wait 15 minutes for cookies to bake, it's not the 15 minutes that bakes them, it's the heat in the oven. If you set them on the counter for 15 minutes, they're not going to bake.

In our analogy, we've got a fully enclosed room with absolutely nothing in it. Waiting 15 minutes will not, in and of itself, change the situation. Well, you say, what if we wait eons? An eon is merely a bunch of 15-minute segments all pressed together. If you waited an eon with your cookies on the counter, would the eon bake them?

Well, you say, what about a tiny particle of something? Wouldn't that have a greater chance of materializing in the room than something larger like, for example, a football?

That brings up the third problem: size. Like time, size is an abstract. It's relative. Let's say you have three baseballs, all ranging in size. One is ten feet wide, one is five feet wide, one is normal size. Which one is more likely to materialize in the room?

The normal-size baseball? No! It would be the same likelihood for all three. The size wouldn't matter. It's not the issue. The issue is whether or not any baseball of any size could just "show up" in our sealed, empty room.

Now let's stretch our analogy further, literally. Let's take our large, pitch-black room and remove its walls. And let's extend the room so that it goes on infinitely in all directions. Now there is nothing outside the room, because the room is all there is. Period.

This black infinite room has no light, no dust, no particles of any kind, no air, no elements, no molecules. It's absolute nothingness. In fact, we can call it Absolutely Nothing.

If Absolutely Nothing ever existed, there would not be anything outside it to cause the existence of anything.

However, something exists. Actually, many things exist. You, for example, are something that exists, a very important something. Therefore, you are proof that Absolutely Nothing never existed.

Now, if Absolutely Nothing never existed, that means there was always a time when there was at least Something in existence. What was it?

Was it one thing or many things? Was it an atom? A particle? A molecule? A football? A mutant baseball? A refrigerator? Some cookies?

For the continuation of this article, go to Something.

For another article on this subject, see Did God Create the Universe?