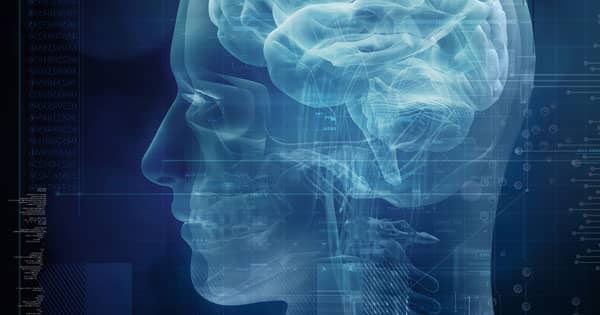 This is a follow-up to Who.

This is the final installment in a series that began with Was There Ever Nothing?, followed by Something, then followed by Who. The primary points made in those studies are as follows:

(2) Since Absolutely Nothing never existed, there was always a time when there was something in existence. This something we can call the Eternal Something. The Eternal Something has no beginning and no end, has no needs that It Itself cannot meet, can do whatever is possible that can be done, and will always be superior to anything It produces.

Since the Eternal Someone has no needs that He cannot fulfill on His own, He can exist without need of any kind of environment, for He existed when there was nothing else but Him. Any environment would be outside Him, and therefore would need to be produced. But all there is, is Him.

Recall that anything the Eternal Someone produces will be inferior with regard to time and space. That cannot be avoided in any way. So, even if the Someone Else were to exist forever in the future, he would still have a beginning in time. Actually, his timeline would fall within the [infinite] timeline of the Eternal Someone.

Remember, anything that can possibly be done can be done by the Eternal Someone. It would be possible for Him to make Himself detectable by the Someone Else, that is, to "untranscend." How?

But here's a question: if the Eternal Someone untranscends in order to be detected, is that the whole of the Eternal Someone? No! There would be more to Him that He had not made known. Though He could divulge much about Himself, the whole of Him -- that is, Himself in His transcendence -- could not be fully known or understood by the Someone Else.

Interestingly, the scenario described above is exactly what we see in the Bible. We are like the Someone Else. We are bound by time and space. God, however, is the Eternal Someone. And He untranscended in the person of Jesus Christ. To find out more, see below…

1. God is the Eternal Someone. He has always existed and will continue to do so.

Before the mountains were born or you brought forth the earth and the world, from everlasting to everlasting you are God. (Psalms 90:2)

Do you not know? Have you not heard? The LORD is the everlasting God, the Creator of the ends of the earth. He will not grow tired or weary, and his understanding no one can fathom. (Isaiah 40:28)

"This is what the LORD says -- Israel's King and Redeemer, the LORD Almighty: I am the first and I am the last; apart from me there is no God." (Isaiah 44:6)

Jesus Christ is the same yesterday and today and forever. (Hebrews 13:8)

"I am the Alpha and the Omega, the First and the Last, the Beginning and the End." (Revelation 22:13)

Now to the King eternal, immortal, invisible, the only God, be honor and glory for ever and ever. (1 Timothy 1:17)

God, the blessed and only Ruler, the King of kings and Lord of lords, who alone is immortal and who lives in unapproachable light, whom no one has seen or can see. (1 Timothy 6:15-16)

3. God can be everywhere, yet God is still distinct from us.

"The God who made the world and everything in it is the Lord of heaven and earth and does not live in temples built by hands. And he is not served by human hands, as if he needed anything, because he himself gives all men life and breath and everything else. From one man he made every nation of men, that they should inhabit the whole earth; and he determined the times set for them and the exact places where they should live. God did this so that men would seek him and perhaps reach out for him and find him, though he is not far from each one of us." (Acts 17:24-27)

4. Anything that can possibly be done, can be done by God.

"I am God, and there is none like me. I make known the end from the beginning, from ancient times, what is still to come. I say: My purpose will stand, and I will do all that I please." (Isaiah 46:10)

5. It is possible for God to "untranscend." He can reveal Himself by taking on a human form.

The Son is the radiance of God's glory and the exact representation of his being. (Hebrews 1:3)

Your attitude should be the same as that of Christ Jesus: Who, being in very nature God, did not consider equality with God something to be grasped, but made himself nothing, taking the very nature of a servant, being made in human likeness. And being found in appearance as a man, he humbled himself and became obedient to death -- even death on a cross! (Philippians 2:5-8)

6. When God untranscends, this is not the whole of Him, and yet it is still Him.

Would you like to know this God? If so, find out how: How to Know God Personally