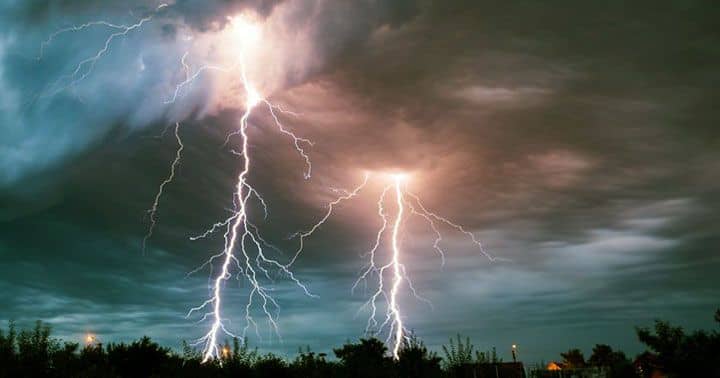 Why Is Life So Hard?

"Why?" When life is hard, is there a way to have peace?

How do we explain what we see in this world? Terrorist attacks, sex slavery, racism, world hunger?

Subconsciously, we probably ask ourselves questions like these quite often. But consciously we rarely do. We're so busy living our lives we rarely stop and wonder WHY?

But then something happens to wake us up. Our parents get divorced. The girl down the street gets abducted. A relative gets cancer. That wakes us up for a while. But then we can often sink back into the denial. That is, until another tragedy hits, another incongruence. Then we're likely to think, Something isn't right here. Something is really, really wrong. This isn't how life's supposed to be!

So, WHY do bad things happen?

Why isn't this world a better place?

There is an answer to the WHY question, found in the Bible. But it's not an answer that most people like to hear: the world is the way it is because it's the world that we, in a sense, have asked for.

God could. God could accomplish that. But he doesn't. At least not right now. And we're angry with him as a result. We say, "God can't be all-powerful and all-loving. If he were, this world wouldn't be the way it is!"

We say this hoping that God will then change his position on the matter. Our hope is that putting a guilt trip on him will make him change the way he's doing things.

But he doesn't seem to budge. WHY doesn't he? 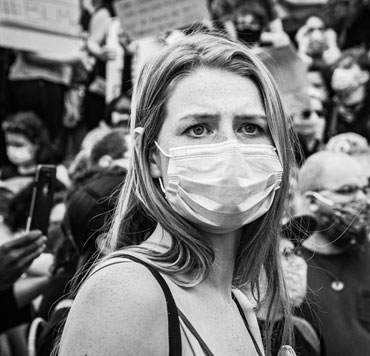 God doesn't budge -- he doesn't change things right now -- because he's giving us what we asked for: a world where we get to treat him as though he is absent and unnecessary.

Remember the story of Adam and Eve? They ate the "forbidden fruit." That fruit was the idea that they could ignore what God said or gave them, and strike out on life apart from God. For Adam and Eve sort of hoped that they could become like God, without God.

Their story is the story of all of us, isn't it? Who hasn't said -- if not audibly at least in their hearts -- God, I think I can do this without you. I'll just go this one alone. But thanks for the offer.

We've all tried to make life work without God.

Why do we do that? Probably because we've all bought the notion that there's something more valuable, more important, than God. For different people it's different things, but the mindset is the same: God isn't what's most important in life. In fact, I'd just as soon do it without him altogether.

What is God's response to that?

He allows it. Many people experience the painful results of others' or their own choices that run contrary to God's ways...murder, sexual abuse, greed, lying/fraud, slander, adultery, kidnapping, etc.

All of these can be explained by people who have refused to give God access and influence over their lives. They are going about their lives as they see fit, and they and others suffer.

What's God view on all of this?

He's not smug. In fact, God could rightly be viewed as leaning forward, compassionate, hoping we will turn to him so that he can bring real life to us.

Jesus said, "Come to me, all who are weary and heavy-laden, and I will give you rest."1 But not all are willing to go to him. Jesus commented on this when he said: "O Jerusalem, Jerusalem, you who kill the prophets and stone those sent to you, how often I have longed to gather your children together, as a hen gathers her chicks under her wings, but you were not willing."2

Again, Jesus brings the issue back to our relationship with him. "I am the light of the world. He who follows me will not walk in darkness, but will have the light of life."3

But what about when life is unfair, when bad things happen to us?

What about those horrible circumstances that hit us in life, caused by someone other than ourselves? When we are feeling victimized, it's useful to realize that God himself endured horrendous treatment from others. God more than understands what you are going through. 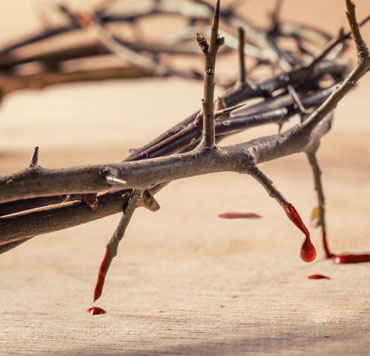 There is nothing in life that could be more painful than what Jesus endured on our behalf, when he was deserted by his friends, ridiculed by those who would not believe in him, beaten and tortured before his crucifixion, then nailed to a cross, in shameful public display, dying of slow suffocation.

He created us, yet allowed humanity the freedom to do this, to fulfill Scripture and to set us free from our sin. This was no surprise to Jesus. He was aware of what was coming, foreknowing all the details, all the pain, all the humiliation.

"And as Jesus was going up to Jerusalem, he took the twelve disciples aside, and on the way he said to them, 'Behold, we are going up to Jerusalem, and the Son of man will be delivered to the chief priests and scribes, and they will condemn him to death, and deliver him to the Gentiles to be mocked and scourged and crucified, and he will be raised on the third day."4

Imagine knowing something that awful was going to happen to you. Jesus understands emotional and psychological anguish. The night that Jesus knew they would arrest him, he went to pray, but took some friends with him.

"And taking with him Peter and the two sons of Zebedee, he began to be sorrowful and troubled. Then he said to them, 'My soul is very sorrowful, even to death; remain here and watch [keep awake] with me. And going a little farther he fell on his face and prayed, 'My Father, if it be possible, let this cup pass from me; nevertheless, not as I will but as thou wills."5

Though Jesus confided in his three friends, they didn't understand the depth of his torment, and when Jesus returned from prayer he found them asleep. Jesus understands what it's like going through pain and extreme sadness alone.

Here it is summarized, as John describes in his gospel: "He was in the world, and the world was made through him, yet the world knew him not. He came to his own home, and his own people received him not. But to all who received him, who believed in his name, he gave power to become children of God."6 "For God sent the Son into the world, not to condemn the world, but that the world might be saved through him. For God so loved the world that he gave his only Son, that whoever believes in him should not perish but have eternal life."7

There is no question that there is pain and intense suffering in this world.

Some of it is explained by selfish, hateful actions on the part of others. Some of it defies an explanation in this life. But God offers us himself. God gives us the knowledge that he has endured also, and is aware of our pain and needs. Jesus said to his disciples, "Peace I leave with you; my peace I give to you; not as the world gives do I give to you. Let not your hearts be troubled, neither let them be afraid."8

There is ample reason to be afraid, troubled, but God can give us his peace, which is greater than the problem before us. He is after all, God, the Creator. The one who has always existed. The one who created a universe on the backstroke.

Yet even in his power, he's also the one who knows us intimately, even the smallest, insignificant details. And if we will trust him with our lives, relying on him, though we encounter difficulties, he will hold us securely.

Jesus said, "These things I have spoken to you, so that in me you may have peace. In the world you have tribulation, but take courage; I have overcome the world."9 He went through our ultimate threat -- death -- and overcame it. He can take us through the difficult circumstances of this life, and then bring us into eternal life, if we will trust him.

We can either go through this life with God or without him.

Jesus prayed, "O righteous Father, although the world has not known you, yet I have known you; and these have known that you sent me; and I have made your name known to them, and will make it known, so that the love with which you loved me may be in them, and I in them."10

You might find yourself asking, "Why is life so hard?" Without God, humanity is easily drawn into hatred, racism, sexual abuse, murdering each other.

Jesus said, “I came that you might have life, and have it more abundantly.”11 To find out how to begin a relationship with God, please see How to Know God Personally.