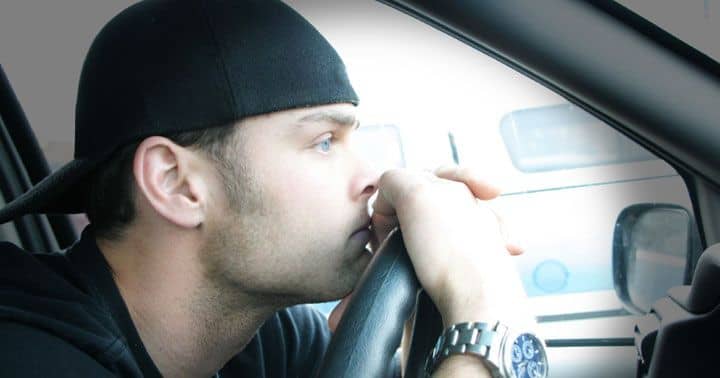 You might think, "Just a little more will power, I'll be fine." Personal story showing why will power won't work, and what will...

A drug addict's life is a montage of freeze-frames. Like the night I was driving and noticed the disquieting red and blue strobe in my mirror. As I slowed the car from 95 to a casual stop, that's when I realized I was wearing a bathrobe and green plaid pajama pants. I hurriedly took count of how many drinks I'd had in the last few hours, remembered the half-gram of heroin in my lumpy pocket, and the variety of other unmentionables scattered around the car.

The chap in blue knocked on the car window with a rigid knuckle. I slipped my half-smoked cigarette into a can of flat Mountain Dew and lowered the glass. I told him none of my secrets. He said nothing of my nightwear, the hour, or my unsteady hands. He cautioned me about deer darting across this stretch of road. He was forgiving of my speed and returned to his vibrant cruiser without issuing a citation. I must have seemed tired instead of drunk.

I had reached a point where I could consume generous servings of brandy without appearing drunk. In fact, I felt closer to normal after binging on booze. I was calm as he pulled away, and almost disappointed as I drove on. 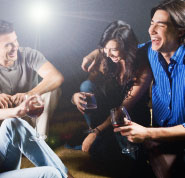 I both preferred and despised my own company; I feared myself and what I might do if left alone for too long. On more than one occasion I found myself standing in the kitchen with the silverware drawer ajar and a shrill blade in my hand, its tip pressed against my neck, wishing to feel something or anything, wanting to die but really just wanting to live. I'd wake the next morning on the kitchen floor as a grown man who'd cried himself to sleep, broken, cowardly, captive and absolutely alone.

I tried parties for a while, always feeling optimistic right up to the point where I'd reach the crowded room, then see a few dozen faces I'd rather not meet. In my social unease, the effort that went into forced conversation was exhausting. I'd stay for ten minutes trying to act preoccupied, then pretend to head outside for a cigarette and sneak into my car to get away. For the first few years of this, friends would call and ask where I'd run off to, until eventually people stopped calling.

It seems funny in the movies when people wake up in a foreign bed or stray couch without a clue as to how they got there. I don't recall finding much humor in waking up in the driver's seat of my SUV, parked in front of the wrong apartment building. I never cracked a smile after rising from a stained carpet floor to struggle to find my way back home.

I preferred to stay in my apartment, only leaving for cigarettes, booze or out to the corner to score some drugs. It was safer that way. I didn't have to wonder if I killed someone. So I eventually resigned myself to never leaving. I'd lock the doors and shut the blinds for days on end. To be sure, total isolation is a recipe for total insanity.

What is at the root of an addiction? 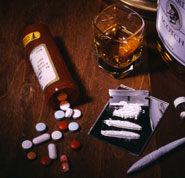 Talking with a drug addict or alcoholic (in my opinion, no distinction) is a lot like speaking with a child. He or she is present in every physical sense, but there's a mental barrier of maturity. I was fond of giving lengthy, heartfelt monologues to anyone about the miseries of life and the cruelty of God. My audience lessened as my speeches grew longer and gloomier.

Nights were my place of comfort, my interval to drink voraciously and swallow, snort, smoke, or stab anything into my body that may offer some relief from ... I don't know what. The drinking and using once served a purpose. It brought freedom, clarity, peace of mind, and levity. When did the solution become the problem? My means of escape had ironically become my prison.

The effects of heroin

I used to cry out to God, weeping and screaming in anger for Him to rescue me. Every night I dreaded the morning, certain that I couldn't bear another day. Everything frightened me: the ringing phone, knocks on the door, school, work, everyone I came across, and most of all--myself. I never knew what I was going to do. I'd spread butter on bread and resist the urge to cut my own throat. I'd drive over a bridge feeling my hands wanting to twist the wheel over the ledge. I'd pour the first drink of the day before climbing into my car, knowing there would be more to come. 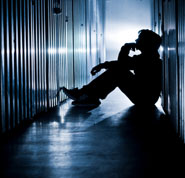 I so wished to die, but I knew what a sad funeral service it would be. No one would be surprised. People would talk about my potential rather than my achievements. My parents would blame themselves and live in shame and regret, and my brothers would lose their smiles and all innocence. My memory would be baggage to them.

It was time for a solution.

I recall sitting in treatment, considering the next steps on an unclear path, wondering what to think about the last ten years of my life. Were they wasted entirely? What am I supposed to do with all of this damage and how can I move forward with the past so close behind?

What about God? Where was He when I felt so abandoned and alone? Was He there those many times I drove home after a dozen drinks and a ridiculous serving of drugs? Was He there when I'd wake up in some unknown location? Perhaps He was present when I climbed in the hot tub at four in the morning and passed out sometime after everyone left, and woke up later with wet hair but no rescuer in sight.

If I'd realized such interventions back then, I'd have wondered...why? What in me was worth saving? I was contributing nothing to the world, so why did God bother?

In treatment, self-will is not enough

After two months of treatment and no progress, I was more exhausted than I'd ever been. Even though I hadn't had a drink or drug for 60 days I was still harnessed by substances. I had no reference to function like other people. At least when I was drinking, I thought, there was a means of relief from all of life's expectations. Now I was vulnerable. I didn't have my solution in a glass before me or chopped neatly into lines on the dresser. 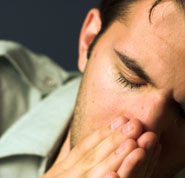 So many times over the last ten years I'd fallen to my knees in painful despair, screaming in excruciation, "God, HELP ME!" I had demanded rescue, demanded that God fix this. But I never surrendered my will to God. Yet finally, this one night, alone in my room, I wanted to be honest and address God squarely. I told Him of my sincere desperation to change, to give up my addiction to Him, and to be willing to take action. I slept soundly that night. It was the first taste of freedom I'd ever known.

The difference between that night's prayer and all the others is one crucial and powerful word - faith. I had, even in the worst moments of my addiction, believed to a certain extent that God could relieve me of that burden. Nevertheless, I had insisted on things being done my way. I had never before handed over my problem to God, nor asked for guidance and wisdom on what my role in this process should be. It was the first time I had the assurance of "All right then, God is taking care of that because history shows that I can't."

People think that addiction can be overcome by self-will. I knew my addiction was masochism, but to imagine a life without drinking and drugging was impossible. It was my downfall, but also my only friend, my only way of living. Self-will in the midst of such a dilemma is impossible. If I have no clarity over my great dilemma then how in the world might I go about conquering its existence? Thank God for God.

Is anything more powerful than an addiction? 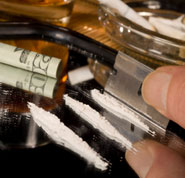 Addiction is a crafty, relentless, seemingly unmovable force, but put addiction in the ring with God and it's a joke. Though self-will and human power are inadequate in my struggle against addiction, the power of God has no limits. I have no doubt that addiction is one of Satan's favorite weapons since the disease seems so eerily similar to what I would imagine it's like to be possessed. Recovery from addiction truly is a spiritual battle.

My recovery program is simple -- seeking God, whether I feel like it or not.

What I've gained from my addiction

My past, as grim as it may be, has become a truly invaluable asset. Now I am responsible to help others find and maintain recovery as I have. It is our similar experiences that form our bond. Every week someone who is new to recovery, unsure of a way out, will tell me a story from their recent past that has haunted them and brought their hand to pour another drink or load another syringe. They tell me of their great shame with hesitation and eyes fearful of judgment. When they're finished they bow their head, unable to have eye contact. I smile and say in complete honesty, "Yeah, I did that too." Suddenly their burden of shame and uniqueness is washed away. Then I tell them how different things are for me today. To have a miracle performed on or for you is one thing, but to voluntarily play a role in someone else's miracle-- that's a sublime privilege. 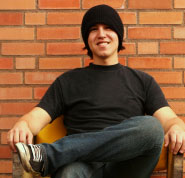 How does an outlaw, a junkie and drunk, a failure in every respect, become an agent of God? How can I, who just years ago was sure that this world would be better without me, now do God's bidding? I don't really have an answer because God works in ways I don't understand. He humorously seems to use the least likely people as His accessories. If that's the case, I don't spend too much time questioning it.

Within six months of surrendering to God and working hard at my sobriety, I enrolled again in school and graduated soon after with Latin honors and a college experience I could never have dreamed of having. It's been over three years since that night I fell to my knees and I haven't felt hopeless since. My life is not "okay." It's extraordinary. That's not to say that I have millions of dollars, fame, everyone thinks I'm the greatest, and there's nothing in this world I cannot do. What I mean is that every morning I do my best to turn over my will to God and be open to His will, asking Him to work through me, and that's a prayer He never denies. When I'm awake to the opportunities, they're at every corner.

I know this about God. He can take dreadful situations and reinvent them into something wonderful.