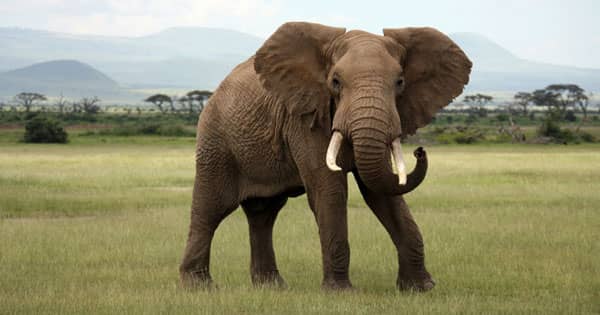 The Blind Men and Elephant Analogy

What does this philosophical argument of the blind men and an elephant tell us about God?

Adapted from David A. Horner

There is a popular analogy used to show that all religions are valid ways to describe God. Religion professors especially love this philosophic analogy, because it equalizes all religions, making all religions equally "true" in their description of God.

The analogy is this: there are four blind men who discover an elephant. Since the men have never encountered an elephant, they grope about, seeking to understand and describe this new phenomenon. One grasps the trunk and concludes it is a snake. Another explores one of the elephant's legs and describes it as a tree. A third finds the elephant's tail and announces that it is a rope. And the fourth blind man, after discovering the elephant's side, concludes that it is, after all, a wall.

According to many, this is analogous to the different religions of the world -- they are describing the same thing in radically different ways. Thus one should conclude that no individual religion has a corner on truth, but that all should be viewed as essentially equally valid.

This is a powerful and provocative image, and it certainly seems to capture something of the truth.

If God is infinite and we are finite, it is reasonable to believe that none of us can fully capture His nature. But does this philosophic analogy demonstrate the truth that all religions lead to God? To conclude that it does would ignore several points…

First, there is a fact of the matter: the elephant. What the blind men are attempting to describe is, in fact, an elephant, not something else. Just so, there are factual questions regarding God. "Does God even exist?" is a question of fact, much like, "Was Abraham Lincoln ever President of the United States?" If so, it would be true whether anyone believes it or not, and to deny it, one would be mistaken. Thus, not all opinions, whether concerning elephants or the nature of God, are equally true.

Second, all four blind men are, in fact, mistaken. It is an elephant and not a wall or a rope or a tree or a snake. Their opinions are not equally true -- they are equally, and actually false. At best, such an analogy of religious pluralism would show that all religions are false, not true.

Third, and most importantly, the philosophic analogy does not take into account any kind of special revelation. If a fifth man were to arrive on the scene, one who could see (and who was able to demonstrate his credentials of having sight), and he was to describe the elephant as an elephant, then it would change the analogy entirely.

Jesus Christ, unique among all religious leaders of history, claimed to be such a "fifth man," a definitive revelation of God. Many of the people who watched Jesus' miracles and heard him speak were offended by his clear statements about his deity. "This was why [they] sought all the more to kill him, because he not only broke the sabbath but also called God his own Father, making himself equal with God."1

Jesus however, invited us to believe in him if we want our search for God satisfied... "I am the bread of life; he who comes to me shall not hunger, and he who believes in me shall never thirst."2

Want to check out Jesus' reliability to be this "fifth man"? See the feature article Why Jesus is God.