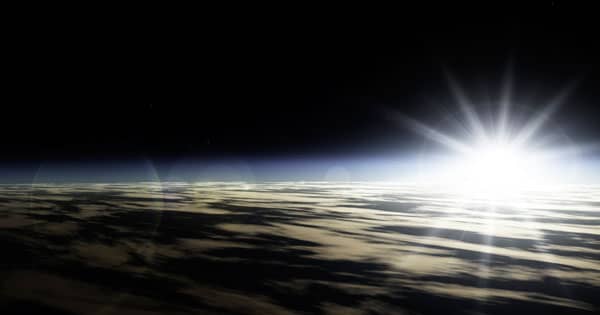 Did God Create the Universe in Six Days?

This article might surprise you, but the answer is...no. The Bible's text does not require us to believe that creation was completed in six days. In fact, the words used in Genesis give room for God taking billions of years to create our universe. The following explains…

The Bible begins with this statement from God:

"In the beginning, God created the heavens and the earth."1

Out of nothing, in an instant, God created the heavens and the earth. This was a definitive, starting point of our universe, what scientists have described as the "Big Bang."

The next sentence in Genesis says the earth was "without form and void, and darkness over it." The rest of the chapter goes on to describe God further developing his creation: the earth's atmosphere, positioning the sun and stars, separating the Earth's water from land, creating plant and animal and sea life, and finally, humanity.

The question is, does the Bible say that God finished creating the universe in six days?

Genesis does read as though the heavens and the earth were finished on the sixth day:

"And God saw everything that he had made, and behold, it was very good. And there was evening and there was morning, the sixth day. Thus the heavens and the earth were finished, and all the host of them."2

It says "sixth day." But you need to know that Genesis was written in Hebrew. The Hebrew language uses fewer words than English, bringing greater ambiguity. For example, in Hebrew, "Earth" can mean land, ground, region, or country.

The word "day" (which is "yom" in Hebrew) can mean: a 24-hour day, daytime, today, forever, continually, or an undetermined amount of time. So, the "sixth day" is actually an unknown length of time. There is nothing that requires us to read it as six 24-hours.

You might ask, but what about the phrase that's with it?... "And there was evening and there was morning, the sixth day."3 Doesn't that say 24 hours? No. "'Evening and morning' is an idiomatic expression in Semitic languages. Like all idioms, its meaning is nonliteral...like yom, denote[s] a long and indefinite period."4

Ambiguous reference to time is found throughout the Bible. For example, kings' empires were often referred to in this way, "In the days of King Josiah..." Certainly their reign lasted years, not just days.

And, it is stated in the New Testament, "But do not overlook this one fact, beloved, that with the Lord one day is as a thousand years, and a thousand years as one day."5 Even that is meant figuratively, not literally 1,000 years = one day. The point is, God's sense of time is quite different from ours. Our definition of day is a full rotation of the earth in 24 hours, but during creation, who's to say?

In the second chapter of Genesis, it says:

"These are the generations of the heavens and the earth when they were created, in the day that the Lord God made the earth and the heavens."6

Does this mean God created the heavens and the earth in one day, instead of six days? No.

"Yom" is not meant to be defined specifically. If the Hebrew were specific, then certainly we would need to hold to whatever it says. However, the end of Genesis chapter one could just as accurately be translated, "And there was evening and there was morning, the sixth time period. Thus the heavens and the earth were finished..."

Could refer to billions of years

The text does not obligate us to conclude that God completed his creation in six, 24-hour time slots, nor does the book of Genesis necessarily conflict with scientific conclusions that the formation of the earth and universe lasted billions of years.

It makes little sense to fixate on the length of time (when the Hebrew is going to remain ambiguous anyway), instead of focusing on the far more important message of what was actually happening?!

If you won a $100,000 lottery, would it really matter to you which day you bought the ticket or how long you stood in line to purchase it?

Again, the important point is that Scripture is very clear that in real history, God chose to create the earth, the sun and stars, all aspects of the universe, the oceans, the vegetation, the sea life, the animals, and humanity. God, unequivocally, is the creator and originator of it all.