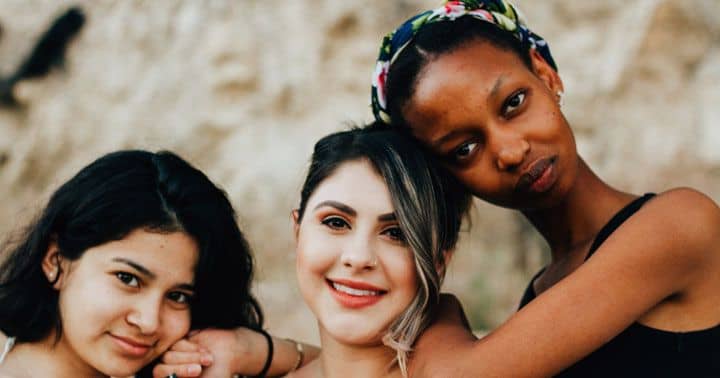 Jesus Christ lived 2,000 years ago, in today's Israel. His perspective toward women ran entirely against his Middle Eastern culture then and now.

Women were often treated as property. Jewish rabbis began every temple meeting with the words, "Blessed art thou, O Lord, for thou has not made me a woman."

A wife could never divorce her husband. However, a husband could divorce his wife for any reason, and he had no obligation to financially care for her. The husband simply handed her a bill of divorce and she was sent away.

Women were often viewed as inferior to men, excluded from public religious life and rarely taught the Torah, even in private.

He healed and performed miracles as readily for women, as for men. He taught both men and women. It didn’t matter what their religious credentials were, or their social standing, or their lifestyle. He loved people and interacted with them in a very welcoming way, men and women alike. This included thieves, prostitutes, lepers, women of low social class.

Author Philip Yancey comments, "For women and other oppressed people, Jesus turned upside down the accepted wisdom of his day. According to biblical scholar Walter Wink, Jesus violated the mores of his time in every single encounter with women recorded in the four Gospels."1

Thousands of people followed Jesus, some for his teachings and most because of the miracles he was doing among them, healing their sick. The religious leaders became increasingly irritated by Jesus’ popularity. And so they came up with a plan.

“Neither do I condemn you. Go and sin no more.”

Their law required stoning to death any woman caught in adultery. (Never the man, always the woman.) They found such a woman, instigated a mob and dragged her before Jesus. There she stood alone, exposed, waiting. The crowd surrounding her was well equipped, ready to stone her.

Everyone had heard Jesus teach about love and kindness, the need to forgive one another.

The religious instigators of this mob loudly said to Jesus, "Teacher, this woman was caught in the act of adultery. In the Law, Moses commanded us to stone such women. Now what do you say?"

They had Jesus in a no-win situation.

If he gave her mercy, he meant he winked at adultery and an enemy of their moral law. If Jesus stoned her, then all his teaching about mercy and forgiveness was nullified.

Jesus bent down and started to write on the ground with his finger. They continued to press him. Jesus straightened up and said to them, "If any one of you is without sin, let him be the first to throw a stone at her." Again he stooped down and wrote on the ground.

One by one they walked away, "beginning with the oldest" until it was only Jesus left with the woman. Jesus asked her,

This never happened. Can you imagine how stunned she was? She gets to live. And she’s free to go. Jesus knew that one day soon, on a cross, he would be paying the penalty for her adultery, for the crowd’s hatred, and for the religious leaders’ callous arrogance. The sins of the whole world would fall on him, as he gained our forgiveness.

Though he was God, the only one with the right to judge her, he was able to honestly tell this woman, “Neither do I condemn you. Go and sin no more.”

Jesus said he did not come to judge, but came to seek and to save the lost. He is our Savior. He changes the lives of those who know him. Like this next woman…

She was a Samaritan, an ethnic background considered inferior by the Jews. Jesus was a Jew. Here’s what happened.

Jesus was resting by a popular well where the entire community would come to draw their water. It was the hottest part of the day, a time when no one came. But a woman showed up, hoping to not see anyone or be seen. She had been married and divorced five times, now living with a sixth man. This time, skipping marriage. What would it matter? She likely was viewed with complete disdain by people in her village.

She learned how to avoid the shame, avoid people, manage her life.

Jesus knew all this about her, and he knew her heart. He saw her need for much more than physical water. She needed water for her soul.

“…whoever drinks of the water that I will give, will never be thirsty again.”

They talked a while, and she came to not only believe in him, but ran back to her village, talked to the very people she hid from, persuading them to come hear Jesus…which they did! Jesus changed her life of shame into joy. In every encounter with women, he changed their lives.

Perhaps the most amazing display of Jesus honoring women happened after Jesus’ resurrection from the dead. Jesus was severely beaten, wrists and feet nailed to a cross until he died. He was buried in a tomb. And on the third day, Jesus left the tomb and came back to life, physically, just as he said he would. The first people Jesus talked to after his resurrection were women.

This is recorded in all four of the gospels. This is remarkable. Women had such little standing in that culture. They had no religious or legal authority as spokespersons. Yet Jesus gave them the role of being the very first to inform others of his resurrection.

Not just women, but all people. Jesus invites us to believe in him, to be fully forgiven of all of our sins, to begin a relationship with God.

For more on this, please see this helpful article, Why Jesus is God.