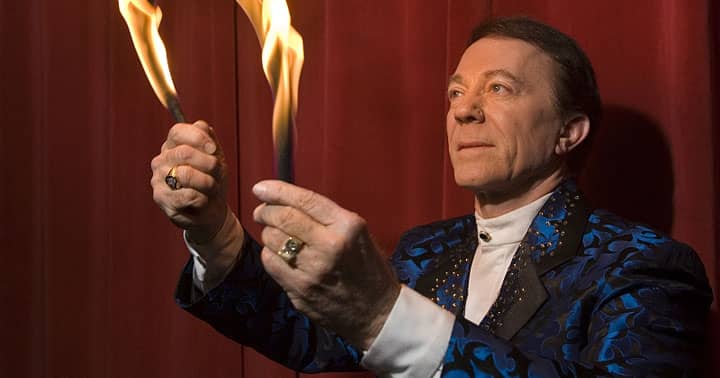 The Miracles of Jesus

Were the miracles of Jesus merely tricks to fool people into believing he was God? How can we know? See this…

Miracles display God’s actions. They defy the laws of nature, the laws of physics. It is something that only God can do.

At the same time, we know there are religious con artists who work hard at fooling audiences into thinking something is a miracle, when it is in fact, just a well-performed illusion.

What about the miracles of Jesus Christ?

How do we know if the miracles of Jesus Christ were actual demonstrations of his deity (as he claimed)?

Or were these amazing feats simply a way Jesus fooled crowds into following him?

World-class illusionist, Andre Kole has great insight into this. Andre Kole has performed before hundreds of millions of people throughout the world and has invented more than 1,000 illusions. 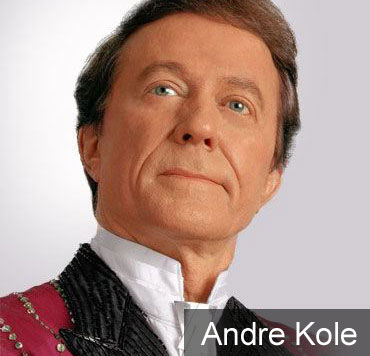 All of the seven best-known magicians in the world today have partnered with Andre Kole to use his illusions.

Further, governments have commissioned Andre Kole to investigate “miracle workers” who were duping people out of their money with fraudulent miracle cures.

In his lifetime, Andre has never been stumped in figuring out how these fraudsters were tricking people.

And so, Andre was once challenged to investigate the miracles of Jesus Christ, from the viewpoint of a magician.

Andre personally was a religious skeptic. He was sympathetic to how one atheist put it:

“The reason Christianity has succeeded for so long suggests that Jesus was extremely successful in his craft and perhaps the most successful magician who has ever lived.”

Both secular and religious historians have documented Jesus’ miracles.

Josephus Flavius, a first-century historian, wrote about Jesus in his Jewish Antiquities. “…we learn that Jesus was a wise man who did surprising feats, taught many, won over followers from among Jews and Greeks…”1

The Jewish Talmud agrees with the major events of Jesus’ life. From the Talmud, “we learn that Jesus was conceived out of wedlock, gathered disciples, made blasphemous claims about himself, and worked miracles, but these miracles are attributed to sorcery and not to God.”2

So the question becomes, how did Jesus do it?

The four biographies about Jesus’ life found in the Bible, report Jesus doing a wide variety of miracles in his three and a half years of public ministry. Jesus walked on the Sea of Galilee, healed the blind, brought dead people back to life, created food for thousands of people on the spot, cured disease, calmed a raging storm with a word, etc.

Jesus himself pointed to these miracles as proof of his deity.

Jesus said, “Don’t believe me unless I carry out my Father’s work. But if I do his work, believe in the evidence of the miraculous works I have done, even if you don’t believe me. Then you will know and understand that the Father is in me, and I am in the Father. The Father and I are one.”3

Jesus was quite clear in claiming equality with God. He said he could forgive people of their sins, give them eternal life, that he himself is the final judge over all the world and that anyone who believed in him would experience God’s love and a more meaningful life now.

The religious authorities opposed Jesus, because Jesus was breaking their religious laws and challenging them on their hypocrisy. Yet, Jesus’ miracles were a problem for them. Many thousands of people were witnessing and benefitting from Jesus’ miracles.

After Jesus brought Lazarus back to life after four days of burial, the religious leaders convened a meeting.

So the chief priests and the Pharisees gathered the council and said, “What are we to do? For this man performs many signs. If we let him go on like this, everyone will believe in him.”4

Was Jesus merely a great illusionist?

If so, he was the greatest of all time. This is why Andre Kole decided to take up the challenge to investigate Jesus’ miracles from the perspective of a world-class illusionist.

Andre Kole has collaborated with the best. 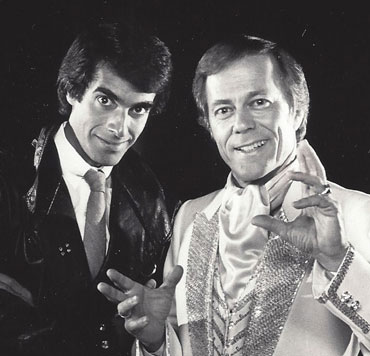 In partnership with his good friend, David Copperfield, they have performed illusions such as making airplanes, trains, the actual Statue of Liberty completely disappear for a period of time.

Andre also made the Washington Monument levitate high enough for a long string of people holding hands to walk under it while it is levitating above their heads.

Kole said, “For most of the world, those who are not familiar with the history of magic and who are not aware of the limitations of a magician, the claim that ‘Jesus was just a magician’ seems to be a reasonable consideration. However, I believe that knowledgeable magicians, more than any other group of people in the world, are the most qualified to examine and determine if His miracles were illusions or reality.”5

Andre Kole acknowledged that if the miracles of Jesus were real, then God is real.

Kole said, “It was through my investigation of Jesus’ miracles, that led me to believe in him.”

In his investigation of Jesus’ miracles, Andre Kole discovered 11 reasons why Jesus could not have been a magician. Here is one example.

The gospel writers, Matthew, Mark and John all give the account of when Jesus walked on water, specifically the Sea of Galilee. The disciples were in a boat, crossing the sea when a strong wind arose, making their progress difficult. Jesus had remained on land and was now walking out to them on the sea, to join them.

“But when the disciples saw him walking on the sea, they were terrified, and said, ‘It is a ghost!’ and they cried out in fear. But immediately Jesus spoke to them, saying, ‘Take heart; it is I. Do not be afraid.’

And when they got into the boat, the wind ceased. And those in the boat worshiped him, saying, ‘Truly you are the Son of God.’”6

Andre Kole had personal experience of walking on water.

Andre said it took him several months and thousands of dollars to develop the techniques that allowed him to fool people into thinking he was walking on water.

He said it required three diesel trucks to carry all the equipment necessary for this illusion…something Jesus didn’t have. In Jesus’ day, there were no electric lights, no hydraulics, no trick photography, etc.

All that’s necessary for illusionists today to amaze audiences was not available 2,000 years ago. 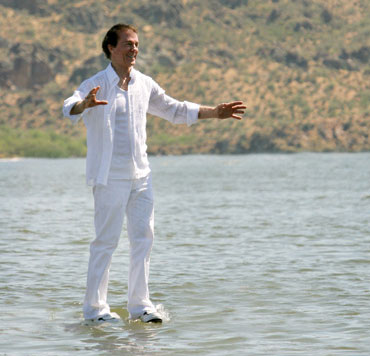 David Copperfield -- one of Andre’s closest friends and probably the world’s best-known illusionist -- agrees that Jesus could not have accomplished what he did by magic. David Copperfield is Jewish, and made this comment:

“The miracles of the Bible go beyond anything that any magician or illusionist could ever perform, but greater than any physical miracle was the ability of a man named Jesus to bring purpose and meaning to the lives of millions of people throughout the centuries.”7

Not only did Jesus’ miracles give support to his words, but Jesus’ love for others was so evident.

Jesus’ miracles were always for the sake of helping people, never just for show.

For example, Jesus went to a town called Nain. “…and his disciples and a great crowd went with him. As he drew near to the gate of the town, behold, a man who had died was being carried out, the only son of his mother, and she was a widow, and a considerable crowd from the town was with her.”

In that culture, to lose your husband and then your only son involved more than emotional pain. It also meant the likelihood that she would become financially destitute.

“And when the Lord saw her, he had compassion on her and said to her, ‘Do not weep.’ Then he came up and touched the bier, and the bearers stood still. And he said, ‘Young man, I say to you, arise.’ And the dead man sat up and began to speak, and Jesus gave him to his mother.”8

Another time, Jesus’ cousin, John the Baptist, had just been beheaded by King Herod. Likely to have space to grieve, Jesus and his disciples took a boat across the Sea of Galilee to a remote area, planning to rest. Yet, when they arrived, a crowd of over 5,000 people had gathered to where the boat came ashore.

“When he went ashore he saw a great crowd and he compassion on them and healed their sick.”

At the end of the day, Jesus’ disciples came up to Jesus and said, “This is a desolate place, and the day is now over; send the crowds away to go to the villages and buy food for themselves.”9

Instead, Jesus took five fish and two loaves of bread that someone had, and multiplied them, feeding thousands of people. And it says “when they were satisfied” the disciples gathered 12 baskets of left-overs.

The miracles were not sleight-of-hand, tricks that crowds simply watched, unaffected.

People were healed of their diseases. Jesus made the blind see, the lame walk, instantly restored health to lepers, brought dead people back to life. No wonder crowds followed Jesus!

After feeding the 5,000 people, the next day there they were again. 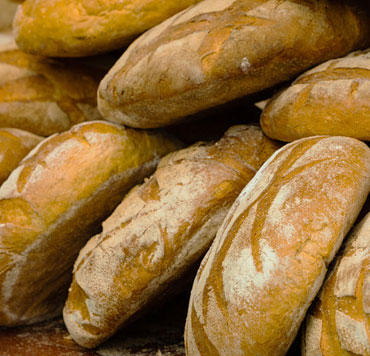 Just as Andre Kole and billions of others have found Jesus Christ to be true, not just in history, but in their personal lives, you too can know him.

Jesus said, “I came that they might have life, and have it more abundantly.”

Jesus’ greatest miracle was himself rising from the dead, after being crucified and buried in a tomb. Many times before his death, Jesus clearly told people that he himself would be killed and three days later rise from the dead.

All that Jesus said about himself and what he offers us was verified by his miracles and his resurrection from the dead.

If you need more evidence of Jesus’ life and resurrection, please see Why Jesus is God.

If you are ready to begin a relationship with him now, here’s how you can: How to Know God Personally.