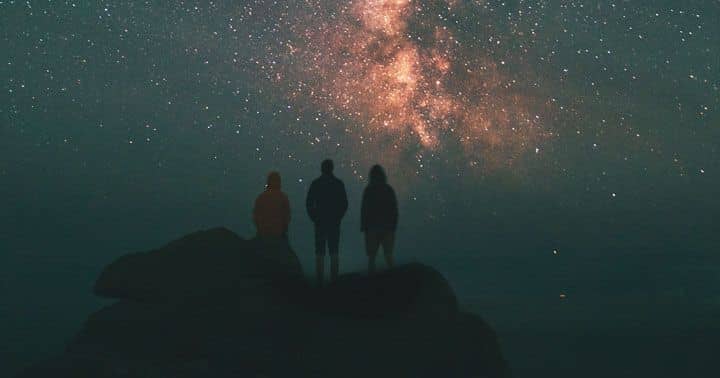 Did God Create the Universe?

How did the universe get here? Scientists confirm the Big Bang Theory and the beginning of the universe.

Scientists believe that our universe began with one enormous explosion of energy and light, which we now call the Big Bang. This was the singular start to everything that exists. The beginning of the universe, the start of space, and even the initial start of time itself.

Nothing we observe today existed prior to that exact moment.

Further, it was something outside of time, outside of space, and outside of matter that caused all of this to come into existence.

The realization that our universe started, and did not always exist, brings enormous challenges to nontheistic scientists.

Are scientists certain of this Big Bang Theory? Yes. In the late 1920s, astronomer Edwin Hubble saw through his telescope that galaxies (some millions of light years away) were hurtling away from each other at fantastic speeds. This was not caused by some force thrusting them away from each other. Rather, they were still moving as a result of a primeval explosion, all from one point of origin.

In this point of origin, all the mass in the universe was compressed into a single point of infinite density...smaller than a single atom.2 Then in a cosmic explosion--the Big Bang--the universe came into being. Steven Weinberg, a Nobel laureate in Physics, gives further description, "At about one-hundredth of a second, the earliest time about which we can speak with any confidence, the temperature of the universe was about a hundred thousands million (1011) degrees Centigrade. This is much hotter than in the center of even the hottest star, so hot, in fact, that none of the components of ordinary matter, molecules, or atoms, or even the nuclei of atoms, could have held together."3 He goes on, "The universe was filled with light."

This eerily parallels the record, "In the beginning, God created the heavens and the earth...and God said, 'Let there be light,' and there was light."4 It came about not from matter, but from pronouncement. A spoken word. "Let there be light."

Looking at the sacred texts of all the major religions, only the Bible describes what scientists have since discovered: there was an explosion of light and a beginning to our universe...from outside of the universe itself. With it came the very start of space, matter and time. It was a singular starting point for everything. Over and over in the Book of Genesis is the description, "And God said...." followed by "...and it was so."

Instead, could our universe have come about through the laws of physics: such as gravity, electromagnetism, speed of light, etc.? No, because those things did not yet exist. The initial start of the universe itself produced the laws of physics and everything began without them.

The Beginning of the Universe - a Singular Start 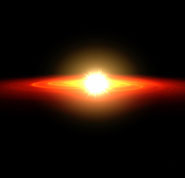 Astrophysicist Robert Jastrow, a self-described agnostic, stated, "The seed of everything that has happened in the Universe was planted in that first instant; every star, every planet and every living creature in the Universe came into being as a result of events that were set in motion in the moment of the cosmic explosion. It was literally the moment of Creation. ...The Universe flashed into being, and we cannot find out what caused that to happen."5 As stated, this conclusion is distressing to atheistic scientists. To observe a reaction and not be able to document the cause is unsettling.

Jastrow concludes, "For the scientist who has lived by his faith in the power of reason, the story ends like a bad dream. He has scaled the mountains of ignorance; he is about to conquer the highest peak; as he pulls himself over the final rock, he is greeted by a band of theologians who have been sitting there for centuries."6

Imagine the relief of these scientists when astronomers Hermann Bondi, Thomas Gold, and Fred Hoyle advanced what became known as the "steady state" universe in 1948. Their theory was that the universe was infinite in age. Thus, no creation or no cause was needed.

However, in the 1960s, the steady state theory suffered a devastating blow when two radio engineers at Bell Labs (Arno Penzias and Robert Wilson) discovered mysterious radiation coming from space. It came equally from all directions. When the temperature of the radiation was measured, its source was confirmed. This radiation did not always exist, or come from one part of the universe. It came from that singular, original moment of creation.

Later, in 1996, NASA's Cosmic Background Explorer (COBE) satellite also further confirmed that the primordial background radiation pointed to an explosive start of the universe. The levels of hydrogen, lithium, deuterium, and helium that exist in our universe today confirm it as well.

Are there any scientists who still want to counter the implications of the Big Bang Theory? Yes. There are scientists who are uncomfortable living with: (1) an unknown cause or (2) the conclusion that God is the cause. So they opt for a third option.

Other Attempts to Explain the Beginning of the Universe

What explanation do these scientists give for the start to our entire universe, energy, time, and space?

They attempt to simply negate the foundational premise that science rests on: that everything that begins to exist must have a cause.

Physicist Victor Stenger says the universe may be "uncaused" and may have "emerged from nothing."7 Philosopher Bertrand Russell adopted this position in a debate on the existence of God. He said, "The universe is just here, and that's all."8

It is one thing to state that something is eternal, and therefore no "cause" is necessary. But it is entirely different to scientifically observe the start of something, the instantaneous beginning of something, and then try to say that it had no cause.

Even David Hume, one of the most skeptical of all philosophers, regarded this position as ridiculous. For all his skepticism, Hume never denied causation. In 1754, Hume wrote, "I have never asserted so absurd a proposition as that anything might arise without cause."9

Beginning of the Universe - Science Confirms

Pure scientific findings consistently point to only one conclusion: the universe had a singular start, an explosion, where everything we know--the universe, time, space, scientific laws we observe--all had a beginning. If you have ever wanted to believe in God, but certainly did not want to do so in contradiction of known scientific facts, science provides you reason to believe that God exists and powerfully created all things. 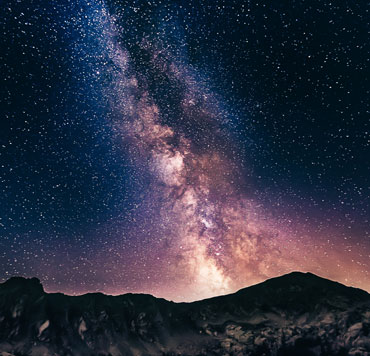 It is logical to conclude that God – who from the beginning is eternal and outside of time – created time. God who is present everywhere and cannot be confined to space, created space. God who is spiritual, non-physical and outside of matter is the source of our universe and all that is. This is the message blatantly repeated throughout the Bible.

"Lift your eyes and look to the heavens: Who created all these? Do you not know? Have you not heard? The Lord is the everlasting God, the Creator of the ends of the earth."10

The Bible says that God formed the earth to be inhabited, with us in mind from the start. He gave people his breath of life and a brief stay upon the earth with the full purpose that we would seek him and find him. If we do not come to know him, we have missed the entire purpose for our existence. Who knows better than God the reason for our being?

We have an opportunity to know the God who brought about the beginning of the universe.

Do you want to begin a relationship with God? Here is how you can: How to Know God Personally.

Portions of this short science article describing how the universe was formed are adapted from Dinesh D'Souza, What's So Great about Christianity, Regnery Publishing, Inc., 2007, Chapter 11.